How Do I Maximize My Insurance Claim? 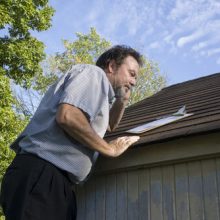 How Estimates Work in the Homeowner’s/Property Insurance Context

The estimates prepared by the insurers’ adjusters are typically based upon a single visit to the insurer’s home to examine the damage that is rarely very thorough given the number of claims than an insurer’s adjuster often has to work on at any one time.  This is one of the reasons it is so important that you retain a public adjuster to help represent you in connection with your insurance claim.  One of the key parts of any public adjuster’s function is to prepare his or her own estimate based upon multiple inspections of your home and conversations with the insured.

Insurers hate when a public adjuster is involved because they know it means they will have to pay more on the claim.  One of the reasons for this is that the public adjuster’s estimate will force the insurer to acknowledge its own adjuster’s estimate may have low-balled the value of the claim by understating the amount of damage caused by a loss, by leaving certain key repairs out of the estimate completely, or by underpricing the amount those repairs will cost.

Any negotiation begins with parties agreeing on the parameters of what is being negotiated. When it comes to the property damage that an insured homeowner has suffered, what is being negotiated first requires the insurer and the insured/public adjuster reaching an agreement as to damages were incurred.  The insured may believe that an entire roof replacement is necessary after a hurricane or tropical storm, whereas the insurer believes that only a few tiles were damaged and that those tiles can be repaired and/or replaced.  Once that has been agreed upon, then both sides must agree on the repairs necessary; this is referred to as the scope of the repairs.  Finally, the parties will then need to work out any difference between the estimates around pricing, or how much a particular repair will cost.  Insurers’ adjusters will often use artificially low estimates that a public adjuster can quickly dispense with.

The problem for an insurer when there is a competing estimate is that the insurer must then specifically account for the fact that its own adjuster’s estimate did not include all the areas that were damaged, the proper scope of repairs, or the proper pricing for the necessary repairs.  This leaves the insurer vulnerable on several fronts and results in a public adjuster being able to easily call the insurer’s estimate into question in any of these three areas.  This makes it much easier for you as the insured to recover the full value of your losses.

If you are asking, how do I maximize my insurance claim, regardless of what type of loss you have suffered to your home, whether storm damage, a burst pipe, a fire or otherwise, David Flaks of PubAdjuster is here to assist in maximizing your recovery from your insurer. David Flaks of PubAdjuster is meticulous in preparing estimates that are nearly impossible for the insurer and its adjuster to challenge and ensure you recover what is owed to you under your insurance policy.  From our offices in Boca Raton, we serve clients in Broward and Palm Beach Counties and throughout Florida with a wide variety of different types of insurance claims.  We will work with you to ensure that you maximize your recovery from any type of damage or loss.  Call (561) 212-0239 or email us at david@pubadjuster.com for a free claim review today.