What is a Public Adjuster? When to Hire One and Why? 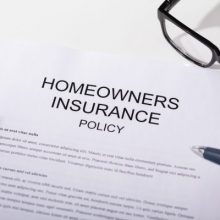 Homeowners often ask us, what is a public adjuster and why should I hire one? One of the most important aspects of having a public adjuster represent you in connection with your homeowner’s or property insurance claim is having someone to be your single point of contact with your insurer for purposes of your claim.  Whether your claim was caused by hurricane damage, a pipe leak, or any other sort of loss, a public adjuster will handle all aspects of your claim, including any and all communications with your insurer, from start to finish.  Retaining an experienced public adjuster can take the weight of dealing with your insurer entirely off your shoulders, whether it is obtaining documents or information requested by the insurer, setting up times for the insurer’s adjuster to inspect the damage to your home and then accompanying the insurance adjuster on the inspections, or conducting negotiations over what the insurer intends to offer to settle your insurance claim.  This is what we do as a public adjuster and is the reason that many insured homeowners retain us in the first place.  Especially if you have just suffered a significant loss to your home, the last thing you likely have time to do is scurry here, there, and everywhere to keep up with the many demands and voluminous paperwork that many insurers may demand, just to obtain the compensation you are entitled to by virtue of paying your homeowner’s insurance premiums in connection with the damage that occurred to your home.  That is why David Flaks of PubAdjuster makes it his mission to ensure that, once he has been retained by a client, the client no longer must even speak to, let alone think about speaking to, his or her insurer again.  David and his staff handle your claim from inception to resolution without you needing to take time away from recovering from the loss to focus on communicating with your insurer.  If you, too, ask yourself, what is a public adjuster, David Flaks of PubAdjuster is how you will receive maximum compensation for your claim from your insurer.

Why Is It Important to Have a Public Adjuster Be Your Face to the Insurance Company?

Let’s face it: you probably have never dealt with an insurer that is determined to pay as little as possible for your insurance claim, and you have just been through a situation where you have suffered damage to your home that is likely significant.  There are so many pitfalls associated with dealing with an insurer that it is better to just off-load the responsibility for dealing with claim to your public adjuster.  Given you are trying to recover from whatever damage you suffered to your home and you are under a lot of pressure between that and trying to simultaneously deal with everything going on in your day-to-day life, having an experienced public adjuster to represent you with your insurer is an absolute must.

Most homeowner’s or property insurance claims involve significant damage to the insured homeowner’s home.  This means that whatever repairs are necessary they will be costly.  The repairs may even be so major that you must move out of your home for a period of time to allow the contractor to complete the repairs.  However, you typically only have one opportunity to recover from your insurer for your claim, so ensuring that you receive the maximum compensation from your insurer the first time is vital.  Failing to do so can mean you may be personally responsible for paying thousands of dollars out of your own pocket for your insurance claim.

Under Florida law, insurers have a limited period of ninety days within which to either pay a claim or decide their position as to whether an insurance claim is covered by a policy or not.  This requires them to take a position as to your claim within that period to ensure that you either are paid in a timely manner or not.  However, simply because the law says this does not mean that the insurer will not try to sit on your claim instead of promptly paying you as it should do.  Keeping constant pressure on the insurer by regularly following up and demanding adherence to this timeframe is an essential part of ensuring a timely and favorable resolution to your homeowner’s insurance claim.  Therefore, having an experienced public adjuster on your side who regularly follows up with and puts pressure on the insurer can mean a more timely–and favorable–resolution to your claim because the insurer knows it cannot simply sit on the claim.

At PubAdjuster, not only is David Falks a skilled negotiator who will push the insurer hard in claim negotiations to ensure you receive every penny you are entitled to for your insurance claim, but he also has an experienced office staff assisting him that will keep your insurer accountable. They will regularly contact your insurer to make certain they are actively working on your claim and not sitting on it, hoping you forget about it, rather than resolving it within the 90 days they are required to do so under Florida law.  If you have suffered any sort of loss or damage to your home in Boca Raton, Delray Beach, or any other part of South Florida and you need assistance in recovering maximum compensation from your insurer, contact David Falks of PubAdjuster today at david@pubadjuster.com or (561) 212-0239.  We will serve as the only point of contact for the insurer regarding your claim, simultaneously enabling you to focus on living your normal life while allowing us to ensure you receive maximum compensation for your insurance claim.